All malaria-endemic countries in Africa are on a sliding scale towards a malaria-free future. Bold and ambitious goals around malaria elimination were adopted by the United Nations General Assembly in September 2015 through target 3.3 of the Sustainable Development Goals; by Africa’s leaders through the Africa Agenda 2063; and by the World Health Assembly in May 2015 through the Global Technical Strategy for Malaria 2016–2030, known as the GTS. The GTS has four 2030 goals and targets: reduce malaria mortality rates globally by at least 90% compared with 2015; reduce malaria case incidence globally by at least 90% compared with 2015; eliminate malaria from at least 35 countries in which malaria was transmitted in 2015; and prevent re-establishment of malaria in all countries that are malaria-free. The post-2015 period therefore presents a scenario of bold reforms intended to actualize a malaria-free future. In order to align the GTS to the African context, the Framework for implementing the Global Technical Strategy for Malaria 2016–2030 in the African Region was developed.

The aim of the framework is to provide guidance to Member States and partners on region-specific priority actions towards the goals, targets and milestones of the GTS. The central pillar of the framework is the adoption of programme phasing and transitioning, aimed at facilitating a tailored approach to malaria control/elimination. This is in response to the increasing heterogeneity of malaria epidemiology among and within countries of the region.

The Manual for Developing a National Malaria Strategic Plan provides orientation on the following: guiding principles for developing an effective malaria strategic plan, known as an MSP; strategic directions for an appropriate MSP; and the processes and steps involved in developing an MSP.
The manual was originally developed and adopted in a final review meeting in Accra, Ghana, in November 2010. This was after prior field-testing in several countries and the integration of contributions and feedback received from experts working in endemic countries throughout the process, as well as from partners during four Roll Back Malaria subregional network meetings.
Since 2010, we have collectively gained additional experience with the implementation of the MSP manual. The current edition (2016) has incorporated the lessons learned including the need to:

• Align the MSP with National Health Sector Strategic Plans and with each country’s medium-term expenditure frameworks in order to effectively mobilize domestic financing for malaria;

• Incorporate monitoring and evaluation (M&E) as part of the MSP, thus obviating the need for a separate M&E plan;

• Harmonize the MSP development processes with the operational guides for malaria programme performance reviews, or MPRs (end-term, midterm and annual);

• Simplify the results hierarchy (goals, objectives, strategies and activities) by eliminating interventions from the results chain; and • Separate APR and development from the MSP manual.
The 2016 edition of this manual is aimed at effectively guiding malaria investments towards a malaria-free future, post-2015. 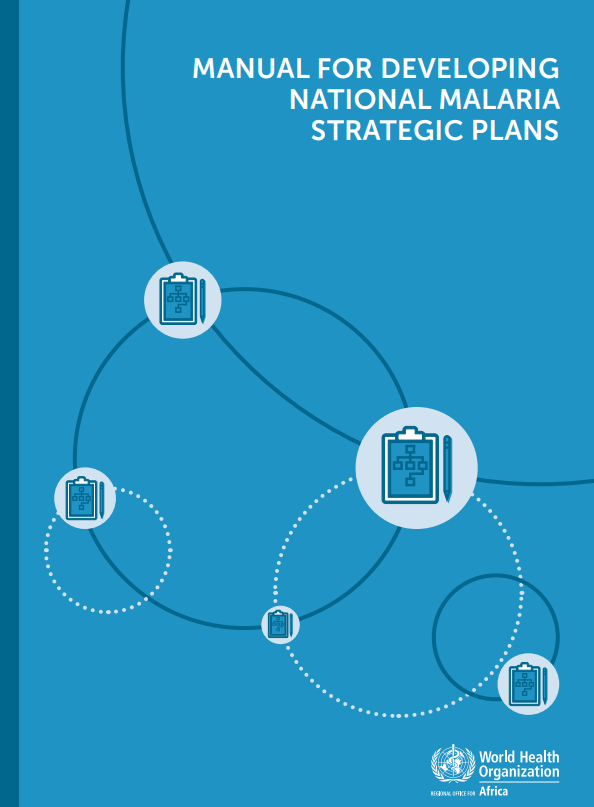