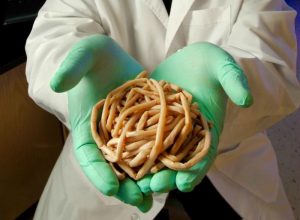 Almost 15 years after first proposing programs of mass drug administration – now referred to by the World Health Organization as ‘preventive chemotherapy’ – to treat or prevent seven neglected tropical diseases, researchers are seeing both public health gains (in some cases leading to disease eliminations) and significant collateral benefits, including some which weren’t anticipated in their original design. The three researchers who proposed the concept in 2005, including Dr. Peter Hotez, dean of the National School of Tropical Medicine at Baylor College of Medicine, and Drs. Alan Fenwick (Imperial College, London) and David Molyneux (Liverpool School of Tropical Medicine) published a perspective this week in the New England Journal of Medicine.

The programs, originally intended for the poorest people in Africa, include a package of donated medicines that target ascariasis, trichuriasis, hookworm infection, schistosomiasis, lymphatic filariasis, onchocerciasis and trachoma. These seven neglected tropical diseases represent the most common afflictions of people who live in extreme poverty.

Since being introduced, the medicines also have found widespread use in the poorest areas of Asia and Latin America. Through USAID and UKAID and other sources of financial support, the programs now are able to reach approximately 1 billion people annually. The outreach is resulting in declines in the prevalence of several of the diseases, especially lymphatic filariasis, trachoma and onchocerciasis (also known as river blindness), to a point where it is possible to envision the elimination of these conditions.

In addition, researchers are seeing some unanticipated benefits that go beyond the original disease targets. These include potential reductions in the following diseases:

Yaws, a serious bacterial infection in the tropics

Liver fluke, which has been shown to be a cause of bile duct cancer in East Asia

Still another major effect is the finding that the azithromycin component of the preventive chemotherapy drug package may produce overall reductions in child mortality in Africa, while the ivermectin component may have an effect on reducing malaria.